Sony PlayStation VS Microsoft Xbox Which is better?

The PS4 has now sold nearly 30 million units over the last two years – way ahead of the Xbox One at roughly 17 million units – and will only sell more during the run-up to Christmas. The year’s biggest third-party games, including Fallout 4, The Witcher 3, Call of Duty: Black Ops 3, Assassin’s Creed: Syndicate and Metal Gear Solid 5, continue to run either more smoothly or at higher resolutions than they do on Microsoft’s hardware.
Sony played a blinder by moving its European games showcase from GamesCom in August 2015 to the Paris Games Show in October, and in doing so revealed a slate full of genuinely exciting exclusives.
In other respects, though, 2015 has been a disappointing year. While the PS4 is the best console on which to play Black Ops 3, The Metal Gear finale or Destiny: The Taken King, Sony has struggled to deliver the killer exclusive that the console needs. The Order: 1866 was short and uninspired, Bloodborne brilliant but hardly mainstream fare, while Until Dawn looked staggering but had all the usual failings of an interactive movie.
In October, the Xbox One actually outsold the PS4 in some key territories, including the US, just as it did in April. 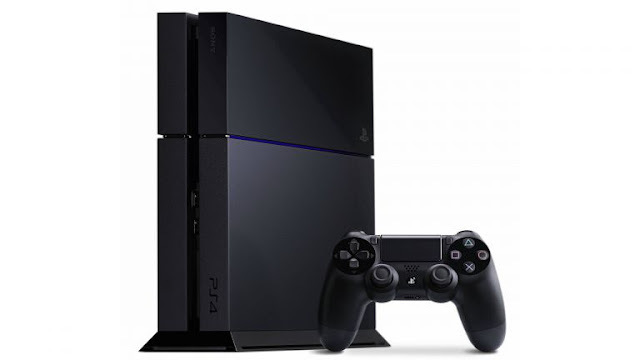 Sony really pushed the boat out when speccing-up the PS4. Developers wanted standard x86 architecture and Sony took that onboard, but where the Xbox One took a custom AMD APU with eight CPU cores and 12 GCN computer units, Sony gave us 8 and 18. And where Microsoft went for 8GB of 2133MHz of GDDR3 RAM, the PS4 shipped with the same amount ot 5500MHz GDDR5.
The Xbox One’s APU runs 150MHz faster than the Sony’s 1.6GHz chip, and has 32MB of ESRAM cache to buffer data moving through, but Sony started this race with a clear speed advantage, which is why we still see AC Syndicate and Black Ops III running at higher resolutions on Sony’s hardware than they do on Microsoft’s.
This isn’t necessarily something you should base your buying decision on. The third-party developers are getting really clever with dynamic scaling systems, rendering at lower resolutions or with a reduction in horizontal resolution then upscaling to 1080p. Look closely and you may see a crisper image or more detail in the distance on the PS4 version, but not everyone will see an obvious difference. Look at Microsoft exclusives like Halo 5, Rise of the Tomb Raider or Forza Motorsports 6 and there’s no way you could say that they look unimpressive. However, Sony’s slate of 2016 games promises some amazing cutting-edge visuals, and titles like Uncharted 4: A Thief’s End and Horizon: Zero Dawn have the potential to widen the graphics gap.

Microsoft’s latest console, the Xbox One X. The console has the most powerful hardware a gaming console has ever seen. Designed to have hardware close to that of dedicated gaming PCs, the One X can handle 4K and HDR enhanced game play and video playback, which naturally looks gorgeous if you own a compatible TV to view it on. Despite being the most expensive video game console to date, it’s beautiful design and capable hardware are worth the cost for gamers who are ready to invest in a high-end, immersive gaming experience.

The console’s predecessor, the Xbox One S, made a splash with its svelte appearance; with the One X, it feels like Microsoft opted for minimalism over flash. The X is the smallest Xbox console so far, but it’s also the densest, weighing roughly 2 pounds more than the S. The small perforations that enveloped the One S and doubled as visual texture and ventilation now only wrap around the sides of the One X, leaving its top plain matte black. Note that if you’re wanting to stand the console on its side, doing so will effectively halve its air intake. Nonetheless, it is designed to run silently and stay cool, thanks to its liquid cooling system and supercharger-style centrifugal fan. On the inside of the Xbox One X is where things get really exciting. The impressive AMD Polaris GPU with 6 teraflops of computing power gives you additional power for playing your favorite 4K titles. Backed by its 2.3GHz eight-core AMD Jaguar processor, 12GB of GDDR5 RAM, 8GB of flash memory and a standard 1TB of HDD storage, you can bet it’ll keep up with intensive 4K gaming sessions – better than any other console ever made.

The front of the device has a clean look and has a disc slot along with all the standard buttons for power and remote syncing, along with the IR blaster and a USB 3.0 port. On the back of the console, you have the power port, the HDMI out and in ports, two additional USB 3.0 ports, IR out, S/PDIF and an Ethernet port. It has dual band wireless with Wi-Fi Direct, so you can easily connect it to your home network.

The console’s interface is pretty and gives you plenty to customize and browse through. Its layout is intuitive and organized for the most part and, despite feeling a bit cluttered at times, provides a polished user experience overall. The X’s powerful processor makes switching between pages (or programs) smooth, unlike the lag-ridden transitions of previous consoles. All of this comes together, of course, creating a premium machine that’s always up to the task.

As you can tell, the internals tell a different story with the Xbox One X having a new cooling system, 12 gigs of RAM, a 2.3GHz AMD Jaguar processor, and a 1TB hard drive that has around 780GB of usable space. The PS4 Pro on the other hand has a similar processor and hard drive, 8GB of RAM, and 4.2 teraflops of computing versus the Xbox One X’s 6 teraflops. You can use external hard drives on both, and in the Pro’s case, you can even replace the internal hard drive. Theoretically, this difference in hardware should result in the Xbox One X trouncing the PS4 Pro in every situation. It’s complicated.

PlayStation Vs Xbox Which is buying for best?

If you already own a PS4 or Xbox One, we wouldn’t recommend either unless you’re sensitive about having a better frame rate or have a 4K HDR TV to make full use of the visuals they have to offer. If you’re just jumping in, it depends what you can get your hands on. Internationally, both are easy to get. In India, neither is available officially (despite Sony India officially having the PS4 Pro at stores for awhile, you can’t find one right now). The Xbox One X doesn’t have an India release date just yet either. Which means you’ll have to import or buy via the grey market. If you’re looking to play PS4 exclusives like Horizon Zero Dawn, Uncharted The Lost Legacy and upcoming titles like God of War, stick with the PS4 Pro. But if third-party games like Assassin’s Creed Origins and Rise of the Tomb Raider are what you want to play, get the Xbox One X.
Latest game for PlayStation

Buy a best gaming console for you and enjoy more with it and make high rank of your gaming skills.